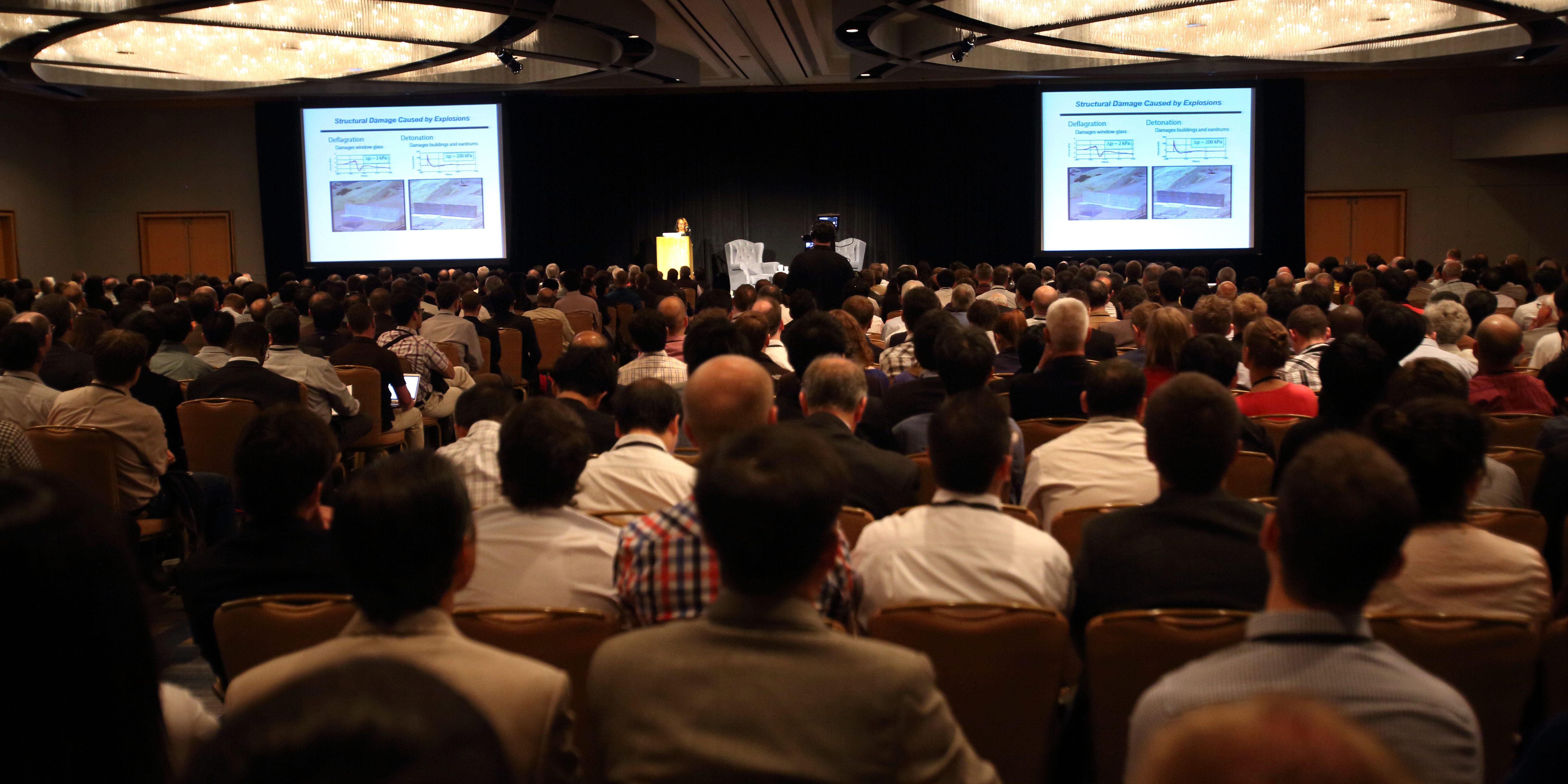 Elaine Oran, a professor of engineering at the University of Maryland, gave the keynote address on “Understanding explosions: From catastrophic accidents to the creation of the universe.” (Photos by Dino Vournas)

The 35th International Combustion Symposium, the premier conference on combustion science and application held on August 3–8 in San Francisco, was a resounding success thanks to Sandia’s Combustion Research Facility (CRF). More than 1,500 researchers gathered from around the world to discuss the latest innovations in understanding and predicting combustion-related phenomena, approximately 250 more than had ever previously attended this biennial event.

Jonathan Frank and Chris Shaddix served as co-chairs of colloquia on Turbulent Flames and Heterogeneous Combustion. CRF researchers authored or co-authored 33 oral presentations. In addition, Rob Barlow was awarded one of the three Gold Medals for distinguished career achievement offered biennially by the Combustion Institute, which sponsors the Symposium.