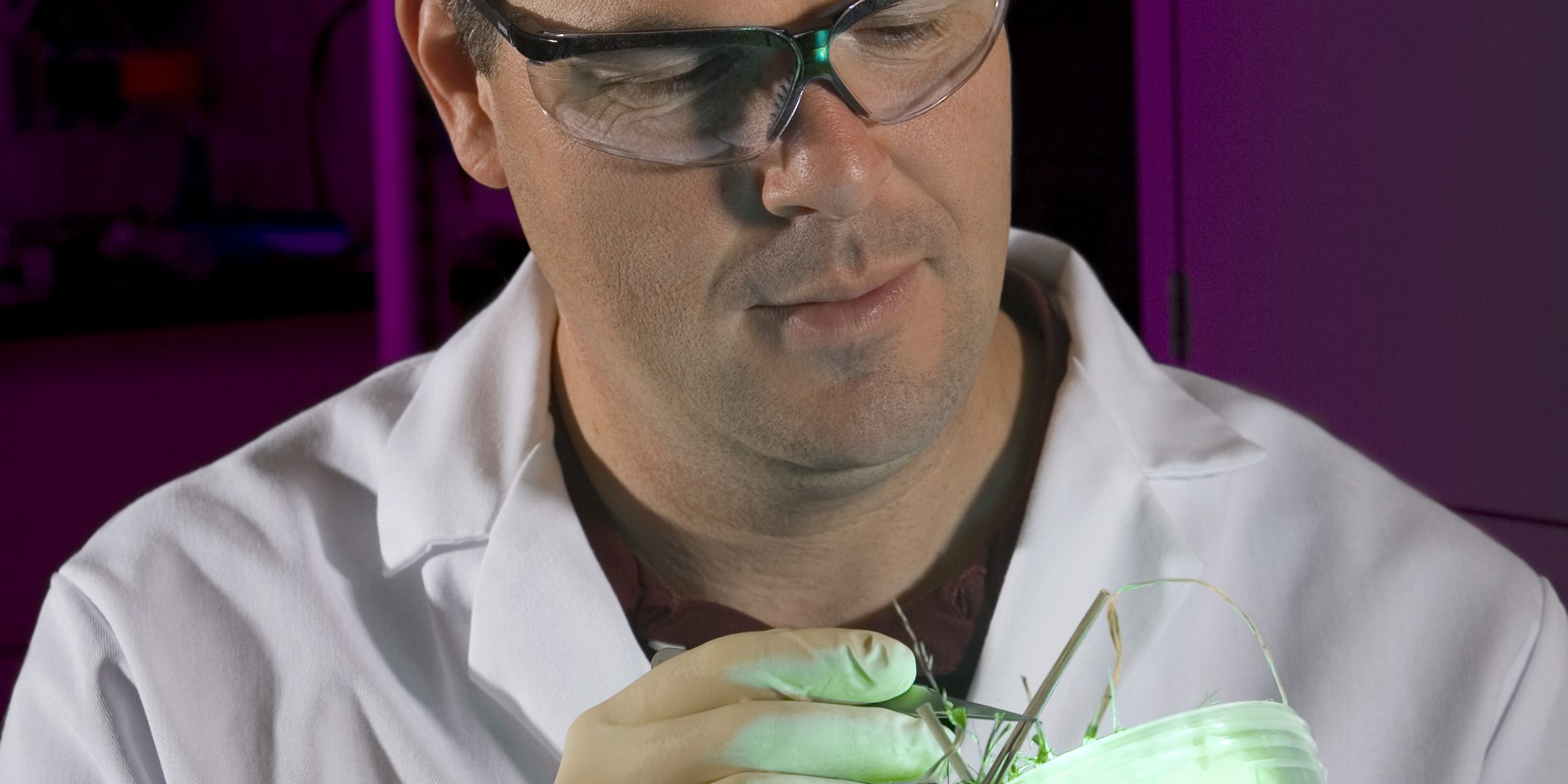 Biofuels hold great promise for the future of transportation energy, but the day that biofuel completely replaces gasoline at the pump is still a long way off. How far off is, at best, an educated guess, with so many variables at play.

The study found, not surprisingly, that the biochemical production of ethanol outperforms the biochemical production of FAEE under the current state of technology development in terms of both economic and environmental metrics. However, the study also identified pathways for improving the FAEE process, and evaluated the prospects for it matching or exceeding the performance of the ethanol process in the long term.

“This is a great example of techno-economic modeling helping to inform and guide research,” says Blake Simmons (8630), the vice president of the Deconstruction Division at the Joint BioEnergy Institute (JBEI) and a Sandia senior manager. “This is really powerful insight into where we are relative to existing technology and where we need to be in order to fulfill our mission of replacing petroleum as a transportation fuel. Now we have a base scenario and guidelines for what the process needs are to be competitive in terms of price and carbon emissions.”

The study was part of an Early Career LDRD project, in which Scott developed a process model representing the biochemical production of ethanol and an FAEE from acid- and alkaline-pretreated switchgrass.

“We implemented a flexible, modular process model, and incorporated Monte Carlo analysis to account for the inherent uncertainty in parameter values,” he says. “This allowed us to identify the parameters and process steps that drive performance, which in turn provided insight into potential areas for future research. The model is designed to enable comparisons of early stage technologies on a consistent basis within a single framework.” As a transportation fuel, ethanol has a long history. The Ford Model T, one of America’s first mass-produced cars, ran on ethanol in addition to gasoline and kerosene. Despite the decades of usage, ethanol still has several significant drawbacks—low energy density, miscibility with water, and corrosivity.

Drop-in biofuels (hydrocarbon fuels substantially similar to petroleum-derived fuels) made from plant-derived sugars have the potential to overcome all three of these drawbacks. However, their immiscibility with water is most relevant to the production process. In simple terms, the water-immiscibility of drop-in biofuels results in a spontaneous separation from water in the production process, whereas the separation of ethanol from water requires an extra distillation step.

“This has been touted as an advantage of drop-in biofuels—the potential reduction in the energy requirement of the fuel production process,” explains Scott Paap. “However, when I searched the literature, I found that no one had done a direct comparison of the efficiency of the fuel production processes. Our analysis began as an attempt to quantify the potential cost and energy savings of producing water-immiscible biofuels.”

The process model showed that miscibility with water doesn’t matter all that much within the biorefinery context. “In the overall conversion process, miscibility with water is a small factor. The fermentation of sugars to fuel is so much more efficient with ethanol that any cost or energy penalties associated with distillation are more than offset. You’d expect this, given how much experience we have with ethanol and the relative immaturity of the FAEE fermentation technology,” says Scott.

The study identified two primary areas for potential FAEE process improvements: increasing the fermentation yield and switching from aerobic to anaerobic fermentation. By improving the fermentation parameters to match ethanol’s, the FAEE processes can make up most cost, fuel production, GHG emissions, and water use differences and produce a fuel with a higher energy density than ethanol. Switching to anaerobic fermentation will significantly decrease electricity consumption. However, even if these improvements in the FAEE process can be achieved, the processing advantages from immiscibility with water are at least partially offset by a lower maximum fermentation yield when compared to ethanol.

The comparison between the processes to produce ethanol and FAEE is imperfect, says Scott, because ethanol is a gasoline additive/replacement and FAEE is intended for diesel engines. However, the results are broadly applicable to other water-immiscible biofuels, most of which suffer from similarly low maximum theoretical fermentation yields when compared to ethanol.

This point also underscores the need to extend the scope of such comparisons beyond the biorefinery to distributing fuel to end users, and ultimately to combustion in engines. Further study is needed to explore the question of whether potential advantages in infrastructure compatibility and combustion efficiency for advanced biofuels will be sufficient to overcome the apparent process limitations of producing FAEE for fuel via biochemical pathways.

“The process model allows you to take a step back and analyze how a specific technology fits into the bigger picture. When a process is in the early stages of development, any estimates of energy use or greenhouse gas emissions, for example, will have a large degree of uncertainty. So, the model is useful for comparing different options and their relative performance rather than arriving at absolute numbers,” says Scott.

Scott applied the same modeling approach to a follow-on project for Lockheed Martin to compare processes to produce biomass-based aviation fuels, completed in October 2012. He is currently conducting cost and energy analyses for an LDRD Grand Challenge on affordable photovoltaics and an LDRD on metal organic frameworks for oxygen purification. His modeling approach is also part of a proposed LDRD analyzing a natural-gas-based process to produce liquid fuels.

“I would like to do this kind of study on all major research projects relative to bioenergy,” says Blake. “Economic analysis and experimental work must be considered together. In a research environment, you can’t target the right things on a topic with as broad an impact as commercial-scale production of biofuels if you don’t have the economic focus.”