Coal Use and Carbon Capture Technologies 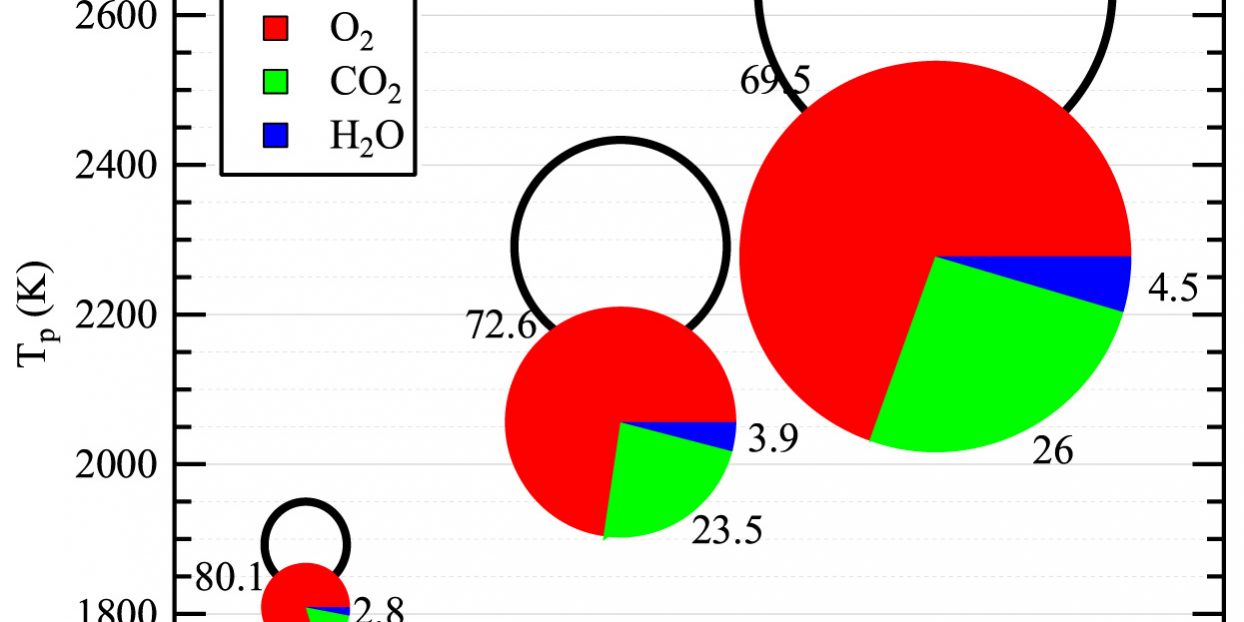 Coal is one of the most abundant fossil fuels and thus has a long history of use, from heating to steel production to power generation. Though coal use is both reliable and inexpensive, it is also a major producer of carbon dioxide (CO2) emissions. Research into carbon capture and storage technologies, often termed “clean coal,” has soared since implementation of the Clean Air Act, designed to regulate airborne contaminants. CRF scientists Chris Shaddix, Ethan Hecht and postdoc Manfred Geier, in collaboration with professors at the National University of Colombia and the University of Sydney, recently announced the results of their experimental and computational work showing how CO2 influences nitrogen oxide (NOx) formation, coal particle stream ignition, and char particle combustion in unexpected ways during the combustion process.

The story of coal Figure 1. Pie chart showing the sources of electrical power production in the U.S. in 2010, based on data from the U.S. Energy Information Administration (EIA).

Although coal use in the United States is decreasing, primarily in response to the decreased cost of domestic natural gas, it still is the single greatest source of electrical power in both the U.S. and the world (Figures 1 and 2). In addition, carbon dioxide emissions from coal combustion are approximately equal to those from petroleum use in the U.S., and surpass those from all other fuel sources on a worldwide basis. In order to meet increasing energy demands, it is critical that we invest in technologies that reduce energy emissions, thus curbing global warming, and improve efficiencies. Carbon capture technologies show great promise toward these goals, as was emphasized by a major MIT study several years ago on the implications of future coal use (“The Future of Coal,” http://web.mit.edu/coal/). Figure 2. Recent data (2008) and future projections of worldwide electrical production as a function of fuel source, from the U.S. Energy Information Administration (EIA).

The DOE Office of Fossil Energy has funded research at the CRF for several years on developing improvements in carbon capture technologies for coal use, specifically in the areas of oxy-fuel combustion and gasification. These conversion approaches constitute two of the three basic routes for fossil fuel carbon capture, namely the ‘oxy-combustion’ and ‘pre-combustion’ routes shown in Figure 3. Recent cost estimates suggest that implementation of any of these approaches to carbon capture would add 40-50% to the cost of electricity relative to a new supercritical coal boiler without carbon capture, and would reduce the plant-wide thermal efficiency back down to nearly 32%. Therefore, research is being conducted on various approaches to reduce the energy penalty and capital cost associated with implementation of the carbon capture approaches. Figure 3. Schematic of the three primary routes to electrical power (or H2 fuel) production from fossil fuels with carbon capture.

When coal, or any fuel, is burned in air, the product gas primarily consists of nitrogen, with some CO2 and moisture, and minor pollutant gases. Thus, a promising approach to capturing CO2 is to eliminate the nitrogen from air before burning the fuel in a process known as oxy-fuel combustion.  At the CRF, Chris Shaddix, Ethan Hecht and postdoc Manfred Geier have been collaborating with Professor Alejandro Molina (National University of Colombia) on determining the precise manner in which the CO2 diluent that dominates the boiler gases during oxy-fuel combustion influences NOx formation, coal particle stream ignition, and char particle combustion. Through a combination of experiments with optical diagnostics and computational analysis, they have demonstrated that the thermal and transport properties of CO2 influence these different aspects of coal combustion in complex and often unanticipated ways. In particular, their research has demonstrated, for the first time, that the reaction of CO2 with the coal char to produce carbon monoxide (CO), known as the Boudouard reaction, plays an important role during both the active oxy-fuel combustion and burnout phases and therefore needs to be included in computational modeling of oxy-fuel burners and boilers.

More on the Boudouard reaction

Technically, the Boudouard reaction is the redox reaction of an equilibrium mixture of CO and CO2, given as: In the CO2-rich environment of an oxy-fuel boiler, the dominant reaction step is the consumption of solid carbon (char) to produce CO gas. In collaboration with Professor Brian Haynes (University of Sydney), the team conducted detailed modeling of the oxy-fuel combustion of a porous particle. The principal findings of this work, which are being published in Combustion and Flame, show that the highly endothermic Boudouard reaction strongly reduces the char combustion temperature, and therefore its oxidation rate. However, the extent of carbon conversion from the Boudouard reaction slightly exceeds the reduction in the oxidation rate such that the net effect is to increase the overall char consumption rate. These aspects are illustrated in Figure 4.

To improve the quantitative understanding of the rate of the Boudouard reaction at the very high particle temperatures characteristic of oxy-fuel combustion, measurements of char particle temperatures and char conversion have been made in Sandia’s optical entrained flow reactor when flowing nearly pure CO2. These measurements are currently being analyzed. In addition, experiments at elevated pressures will be performed shortly on both the rate of char gasification with CO2 (relevant for the design and optimization of coal gasifiers), and on oxy-fuel combustion. Pressurized oxy-fuel combustion offers the potential of both reduced capital costs (because of a smaller boiler and gas cleanup units) and improved thermal efficiency, on account of improved capture of the latent heat of water and a reduction in the need for subsequent CO2 compression.