The CRF multiplexed chemical kinetics reactor extends the laser-photolysis/photoionization mass spectrometry method pioneered by Gutman to incorporate multiple-mass detection and synchrotron photoionization. In these experiments, as schematically depicted in Figure 3, a chemical reaction is initiated by laser photolysis in a quartz slow-flow reactor. Molecules are continuously sampled from an orifice in the side of the reactor and are ionized by the synchrotron radiation. The ions are subsequently mass analyzed. In the first configuration of this apparatus, shown in the figure, this analysis was accomplished by a dual-focusing (Mattauch-Herzog) sector instrument. Recently the detection has been upgraded with an orthogonal acceleration time-of-flight spectrometer, which has superior mass resolution. 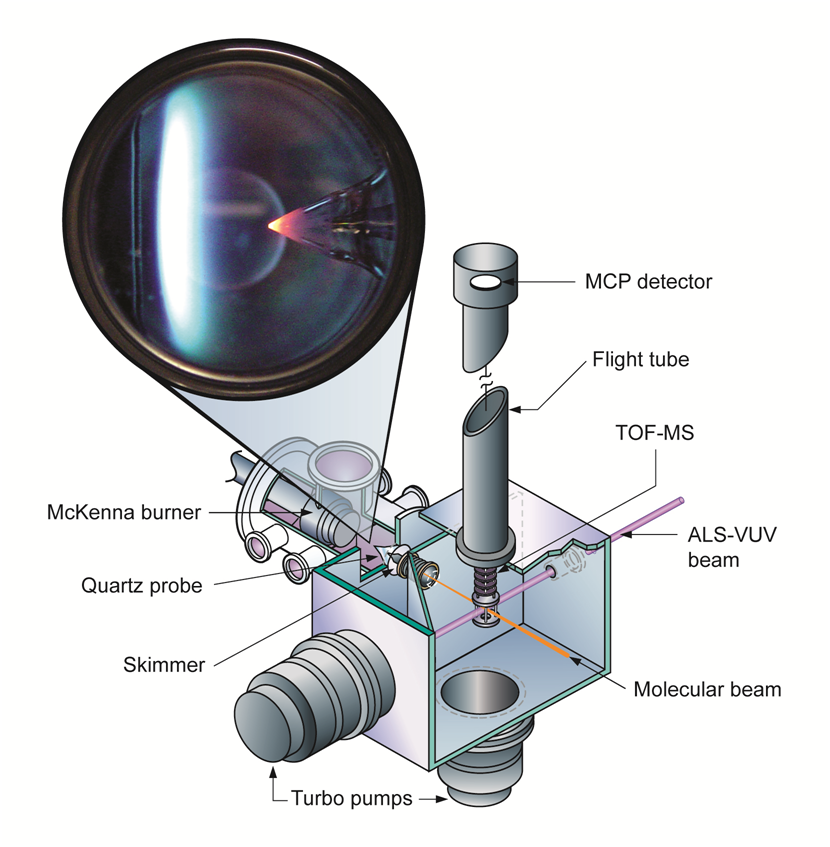