You are here: Home » CRF » About the CRF » CRF Staff » Guilhem Lacaze 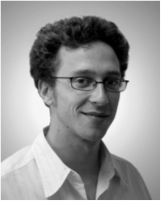 Guilhem Lacaze has extensive experience in research related to a broad range of topics in turbulent combustion simulation, modeling and massively-parallel high-performance computing. His past research has been focused on high-pressure reacting flow simulations of industrial applications such as liquid rockets, diesel engines, and high-pressure gas turbines. The DOE Office of Science, Basic Energy Sciences Program, supported his most recent work, where emphasis was placed on advanced numerical methods, modeling turbulent combustion processes and solver optimization for exascale computing. His current work on Titan reaches unequaled resolutions and details on physical processes piloting efficiency and emissions in advanced propulsion systems. This level of accuracy is only accessible via billion-point calculations over hundreds of thousands of cores. His focus is now to use GPU acceleration to extend attainable precision. This will have a direct impact on the development of cleaner and more efficient propulsion and power devices.

G. Lacaze and J. Oefelein. A non-premixed combustion model based on flame structure analysis at supercritical pressures. Combustion and Flame, 159 (6): 2087–2103, 2012