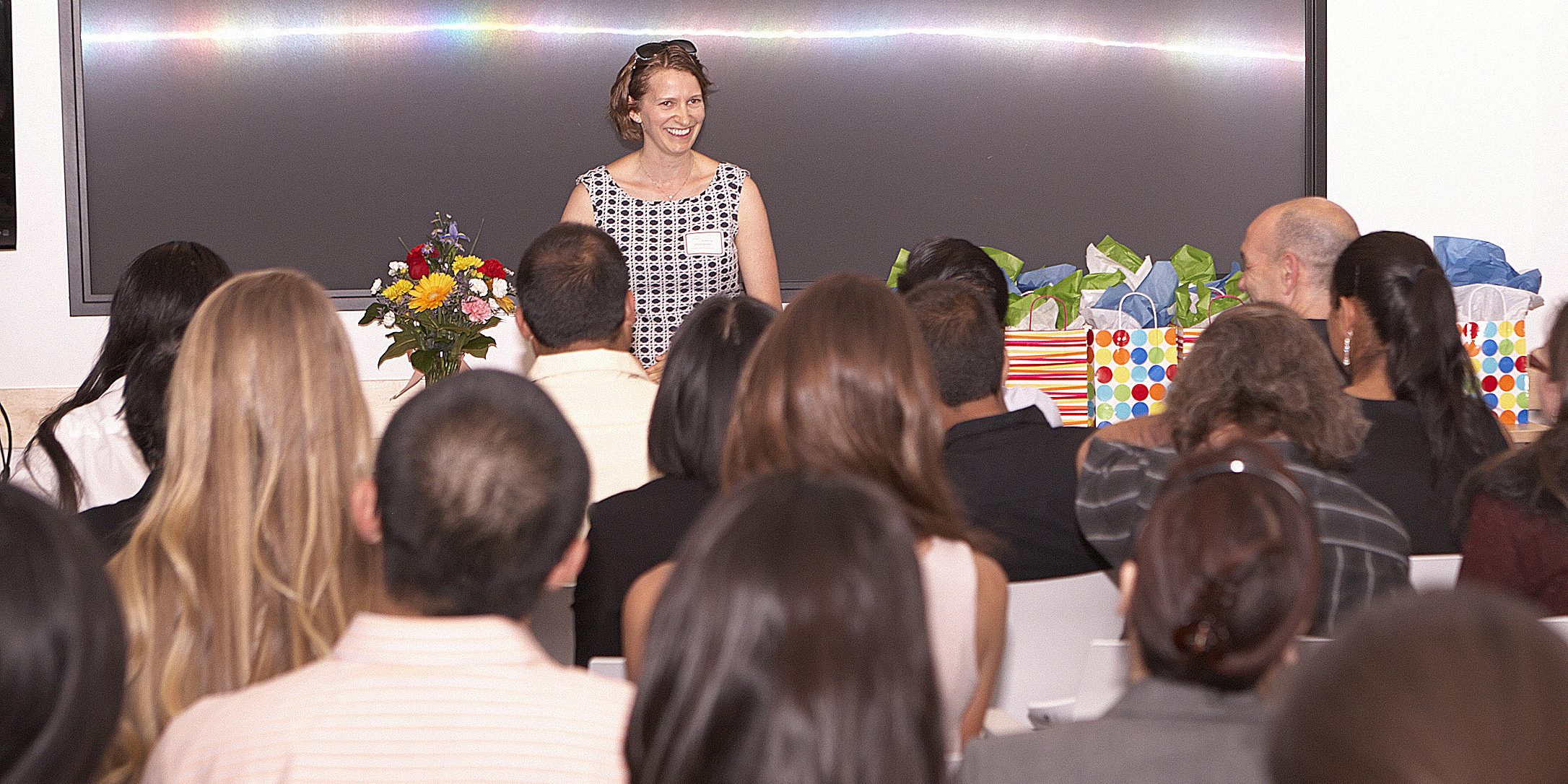 At the 22nd annual Sandia/California Math & Science Awards last month, CRF researchers Patricia Gharagozloo, a mechanical engineer, and Karla Morris, a software engineer, shared their career journeys with the award recipients, 22 young women from area high schools. While their paths were quite different, they started with something in common—in high school, neither saw herself becoming an engineer. Patricia Ghargazloo shares her career path with the award recipients and her families.

“My dad was an engineer and I didn’t want to be like my dad,” said Patricia. “I love my parents, but in high school I wanted to be independent and find my own path. This made it difficult, since I loved math and science and there weren’t many other options.”

Then, she had an epiphany about how the curvature of the hood of a car relates to calculus. “My high school calculus teacher explained how the hood could be described by an equation and how you could then use math to calculate fluid flow and drag force,” she recalled. “I thought, this is amazing and maybe I do want to become an engineer after all.”

She studied engineering at the University of Washington and earned her PhD in mechanical engineering at Stanford University. “Sandia is the perfect place for me. I do research that impacts the world and is incredibly interesting,” she said. “I work on projects studying algae for biofuels, innovative heat exchangers for electronics, hydrogen storage, and even modeling cruise missiles in flight. I really love it, and this is from the girl who did not want to become an engineer.” Karla’s path was less straightforward than Patricia’s. A native of Costa Rica, she began college in her home country before moving to New York, where she took a year off from school to learn English. She excelled as an engineering student, finishing at the top of her class at City College of New York (CCNY), and landed a job at a power plant.

“Two days into the job, I was fired because of immigration issues. I was devastated. I had worked so hard to get my degree and for what?” she said. Karla persevered, returning to school and earning her PhD in mechanical engineering at CCNY. She first came to Sandia as a visiting researcher and joined the staff two years ago.

“What I like most about Sandia is the wide range of expertise. You can find people doing everything under the sun,” she said. “For me, there is no way to get bored in this place if you are willing to learn something new.”

The Math & Science Awards is sponsored by the Sandia Women’s Connection and was held in the Combustion Research Computation and Visualization building at the Livermore Valley Open Campus. Read the full story in the June 14, 2003 issue of Sandia Lab News.