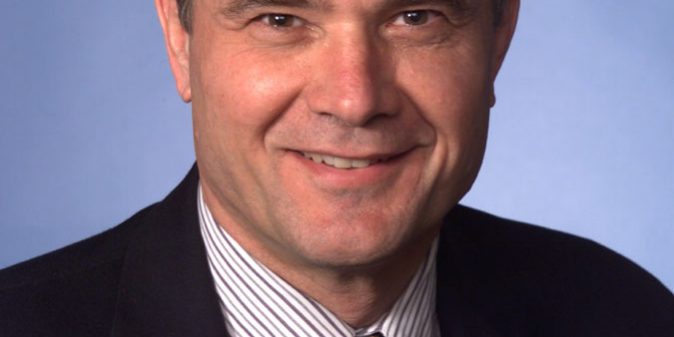 Nearly 40 years ago, Dennis Siebers was drawn to Sandia for the opportunity to perform “exceptional service in the national interest.” In July, his 38-year career at Sandia, most of it spent in the CRF, came to a close with his retirement.

“It’s difficult to measure the impact that Dennis has demonstrated over several decades of work in engine combustion,” said Bob Carling, who retired as director of the CRF last year. “From designing and building sophisticated experiments to leading and managing the top group of engine research scientists and engineers in the world, he has shown excellence in everything he has undertaken. His quiet, unassuming manner will be missed by all he has touched.”

Gurpreet Singh, program manager for DOE’s Advanced Combustion Engines Program, describes working with Dennis as a great pleasure. “He has made numerous contributions to the combustion community and managed a program that has put DOE’s engine combustion research at the forefront. His efforts have resulted in improved fuel economy for cars and trucks, saving the nation billions of gallons of fuel and avoiding millions of tons of emissions.”

In June, Dennis’s impact and contributions were recognized at the DOE 2014 Annual Merit Review and Peer Evaluation Meetings for the Hydrogen and Fuel Cells Program and the Vehicle Technologies Office. The Vehicle Technologies Office presented Dennis with a Distinguished Achievement Award “for lifetime achievement in understanding engine combustion and emissions processes, leading to cleaner, more efficient engines worldwide.”

Dennis joined Sandia in 1976 after completing his B.S. and M.Sc. in mechanical engineering at Purdue University. One of the first projects he worked on was Solar One, the country’s first large-scale thermal solar power plant located in the Mojave Desert. Bob was one of his colleagues on that project.

“This was an early highlight of my career,” said Dennis. “I worked on the thermal analysis of the contractor-designed central receivers for the power plant, providing independent analyses of the various designs for Sandia. For someone right out of school, this was pretty exciting, especially having the opportunity to eventually go up on top of the tower and see the project firsthand.”

After three years at Sandia, Dennis was back in school at Stanford University to earn his Ph.D. in mechanical engineering through Sandia’s Doctoral Studies Program. When he graduated in 1982, he began working in the CRF, which was still in its early years. “I didn’t have an extensive background in combustion at the time, so for the first few years I worked pretty frantically to come up to speed in the field and contribute to the programs,” Dennis recalled. “It was a very exciting and dynamic time.”

In 1989, he became manager of the Combustion Applications Department, a position he held for two years before returning to research full-time. “I was thinking about management early in my career, so when an opportunity came up to become acting manager, I took it,” he explained. “That turned into two years. I enjoyed it, but I also realized I wanted more to my technical career and to continue pursuing research.”

Bob took over the management role, leaving Dennis free to continue building a new CRF capability: the constant-volume combustion vessel for studying engine combustion processes under well-controlled conditions. “This was a time when we were trying to assemble engine experiments that more closely approximated real engines,” said Bob. “However, Dennis was prescient enough to know that our lab engines were a challenge for the nascent community of engine modelers.”

Dennis designed the combustion vessel to enable many different types of fundamental engine-related combustion and noncombustion experiments. This led to one of his key contributions to the field of combustion: understanding fuel sprays and their impact on impact engine combustion processes.

“The scaling law that he developed for diesel sprays is widely used by industry and research groups worldwide and is essentially the standard for describing diesel fuel-jet penetration and mixing and how it is affected by parameters such as boost pressure, gas temperature, injection pressure, and orifice diameter: critical information for diesel-engine designers and researchers,” said Senior Scientist John Dec. Lyle Pickett took over this research when Dennis returned to the role of manager of the Engine Combustion Research Department in 2002. Lyle also formed the Engine Combustion Network (ECN) in response to the increasing demand from the combustion community for the fundamental fuel-spray research that Dennis and his research team, which included Lyle, had developed over the prior decade. Initially, the ECN’s purpose was to provide the Sandia database to the external community via the web; it has since gone on to become the focal point for global collaboration among experimental and computational researchers in engine combustion.

“It’s been a privilege to work with Dennis. He’s really shaped my career,” said Lyle. “I’m still using the lab that he built over 20 years ago, which is quite remarkable.”

As manager, Dennis developed strong working relationships with DOE sponsors and industrial partners in the auto and diesel-engine industries, which provided the opportunity to triple the funding for the department. He also helped establish and maintain the CRF’s reputation as the leader in the worldwide engine combustion community.

“He excelled at all aspects of managing the department,” said John Dec. “His leadership allowed us to keep a strong focus on our research. Moreover, he made it a priority to be available as a mentor and to promote the careers of those whom he managed, through various internal and external award nominations and to ensure that people were promoted within Sandia as their accomplishments warranted.”

Dennis describes this role as a mentor and guide to staff and technologists as a highlight of his time as a manager. “I think this was one of my strongest points as a manager,” he says. “And now the work that consumed much of my career is in good hands. I have every confidence that Paul Miles will take this department in new directions with significant new accomplishments and continued excellence.”