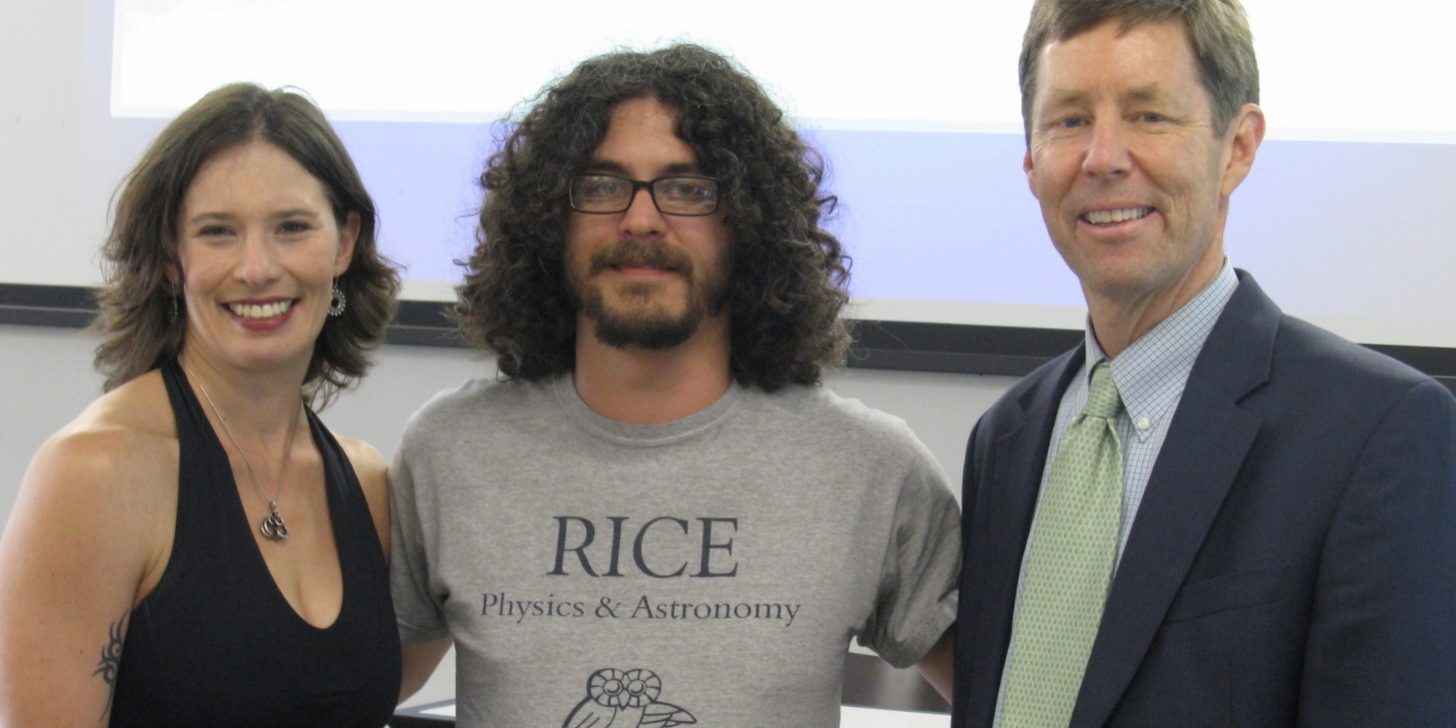 The Combustion Research Facility (CRF) sends warm congratulations to Joseph Barchas of Rice University, the first recipient of the Rice University’s Kevin E. Strecker Award. Joseph received the $2,000 award from the Department of Physics and Astronomy for developing the department’s best master’s thesis, Electrostatic Energy Exchange in Shock Acceleration, which he worked on with Prof. Matthew Baring.

Created to honor the memory of Kevin, who received his Ph.D. from Rice and was a valued member of the CRF staff when he died suddenly in 2012, the award is meant to provide encouragement and recognition to an outstanding student who is near the midpoint of studies toward a Ph.D. The award is also a fitting tribute to Kevin, who was the 2004 recipient of the Wilson Award, offered by the department each year to the graduating doctoral student with the most outstanding Ph.D. thesis. Kevin’s wife, Michelle, who provided a generous gift toward the Kevin E. Strecker Award, noted that the money Kevin received for the Wilson Award was greatly appreciated at that time in their lives, and she welcomed the opportunity to return the favor, while honoring Kevin.

Colleagues at the CRF have sorely missed Kevin, whom they admired for his scientific brilliance and treasured for his kind heart. At the time of his death, the CRF’s Dave Chandler said, “He was one of the best and brightest—just a sponge for knowledge. At his core, Kevin wanted to understand the world and make a difference. He was an extremely kind person. People gravitated toward him because of his talents and approachability. It was all about moving forward; he helped everyone he came in contact with to reach their potential.”