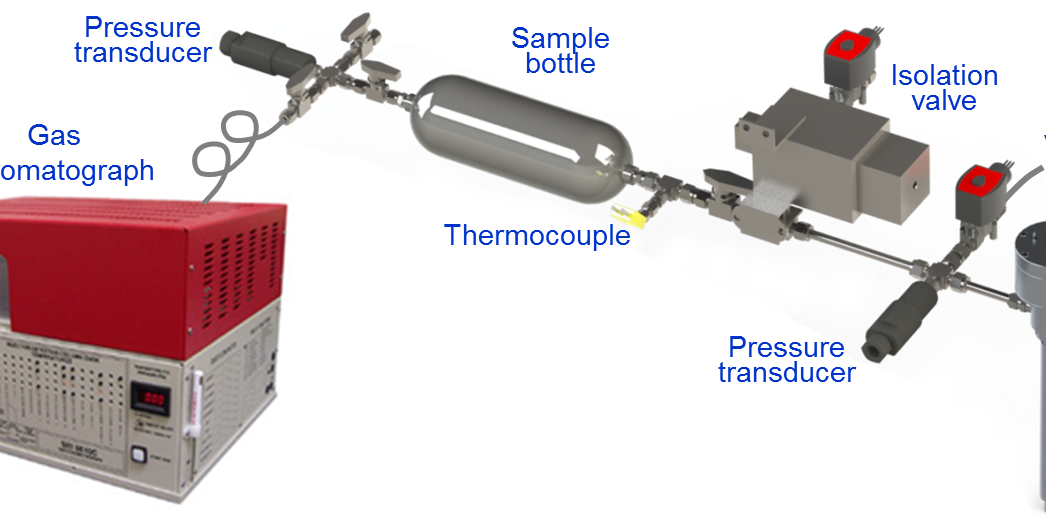 The drive for cleaner, more efficient engines has pushed research toward low-temperature gasoline combustion (LTGC) strategies that offer hope of achieving mandates for ultra-low engine-out emissions. Such strategies typically exploit auto-ignition to avoid the high-temperature flames associated with spark ignition. However, this approach makes LTGC control a difficult challenge, especially during part-load operation. Encouraged by industry partners, CRF researcher Richard Steeper is investigating the chemistry and physics of negative valve overlap (NVO) fueling as a means of controlling lean, gasoline auto-ignition. Lee Davisson at Lawrence Livermore National Laboratory (LLNL) is assisting with the chemical analysis for the project, and funding comes through the Department of Energy’s Vehicle Technologies Program under the guidance of Gurpreet Singh. During NVO operation, residual gases (combustion products from the previous cycle) are trapped and recompressed early in the engine cycle (see Figure 1), and a fraction of the cycle’s fuel can be injected during this period. NVO fuel reaction elevates charge temperature, a change that is useful for adjusting the phasing of subsequent main combustion. NVO fueling can also produce reformed species that may serve as an even more potent tool for controlling main combustion—depending on when and how much fuel is injected. To better understand this chemistry, experiments are underway to directly sample NVO reaction products.

To this end, the team developed a custom sampling valve specifically for NVO operation. Typical cylinder sampling relies on continual-sampling microvalves that are easy to deploy but unable to deliver samples representative of entire cylinder content. In contrast, the new solenoid-actuated dump valve in the system developed for the NVO experiments captures, from a single cycle, a large fraction of NVO products mixed with intake air. Because the sampling starts at intake valve closing (IVC), the samples represent charge composition at the start of main compression. Because it is this composition that dictates ignition phasing, the speciation of these samples provides crucial details needed to understand NVO-assisted control of main combustion.

The new dump valve, depicted in Figure 2, is mounted in a spark-plug port. Samples, each representing ¼ to ⅓ of engine displacement, are collected from several cycles and stored in a sample bottle. Following the experiment, samples are speciated using a triple-column gas chromatograph (GC) equipped with flame ionization and thermal conductivity detectors. Complementary analysis is performed at LLNL using GC/mass spectrometry.

In initial experiments, the researchers have sampled engine operation using iso-octane as a surrogate fuel in place of complex commercial gasoline. The results show clear trends in NVO product concentrations as NVO injection timing is varied. Figure 3(a) displays carbon dioxide (CO2) and carbon monoxide (CO) profiles. Apart from some confounding scatter, the CO2 data show a general trend toward a reduction in concentration as injection timing is delayed. In contrast, the CO profile doubles in concentration for injection timing later than -390 CAD. Because hydrocarbon oxidation generally proceeds from parent fuel to CO to CO2, both trends indicate that NVO fuel oxidation becomes less complete for late injection. This finding is consistent with prior observations of piston wetting and slow-burning pool fires in an optical engine when the piston is too near the fuel injector at the time of injection.

Figures 3a and 3b: Concentration profiles of select species as a function of NVO fuel injection timing (same CAD convention as Figure 1).

Several trace species of interest are plotted in Figure 3(b). The iso-octane data indicate that very little of the injected fuel remains following NVO reactions, and the trace amount remaining is insensitive to injection timing. (Note that the main fuel injection shown in Figure 1 is suppressed in the cycles that are sampled, so that only the NVO injection is pertinent.) The other profiles plotted, hydrogen and acetylene/ethylene, are key species in the investigation of chemical effects of NVO on main combustion. (Acetylene and ethylene are lumped together due to an inability of the GC columns to separate the two.) These species are known as typical reformed products of rich combustion, and the dramatic spike in their concentration for late injection in Figure 3(b) is consistent with aforementioned observations of rich, pool-fire combustion.

Furthermore, prior experiments that involved seeding acetylene into intake air revealed a significant main combustion enhancement due to the presence of 600 part-per-million concentrations of acetylene. Hydrogen, which has not yet been included in the seeding experiments, is also expected to contribute to main combustion chemical enhancement.

All experimental work to date supports the conclusion that the late NVO fueling strategy produces reactive species that, when mixed with intake charge, can chemically enhance main combustion. The work is actively supported by engine manufacturers who see the strategy as a potential means of increasing control over over auto-ignition in LTGC engines.