You are here:
BlogHydrogenNewsPartnershipsWorking with the CRF 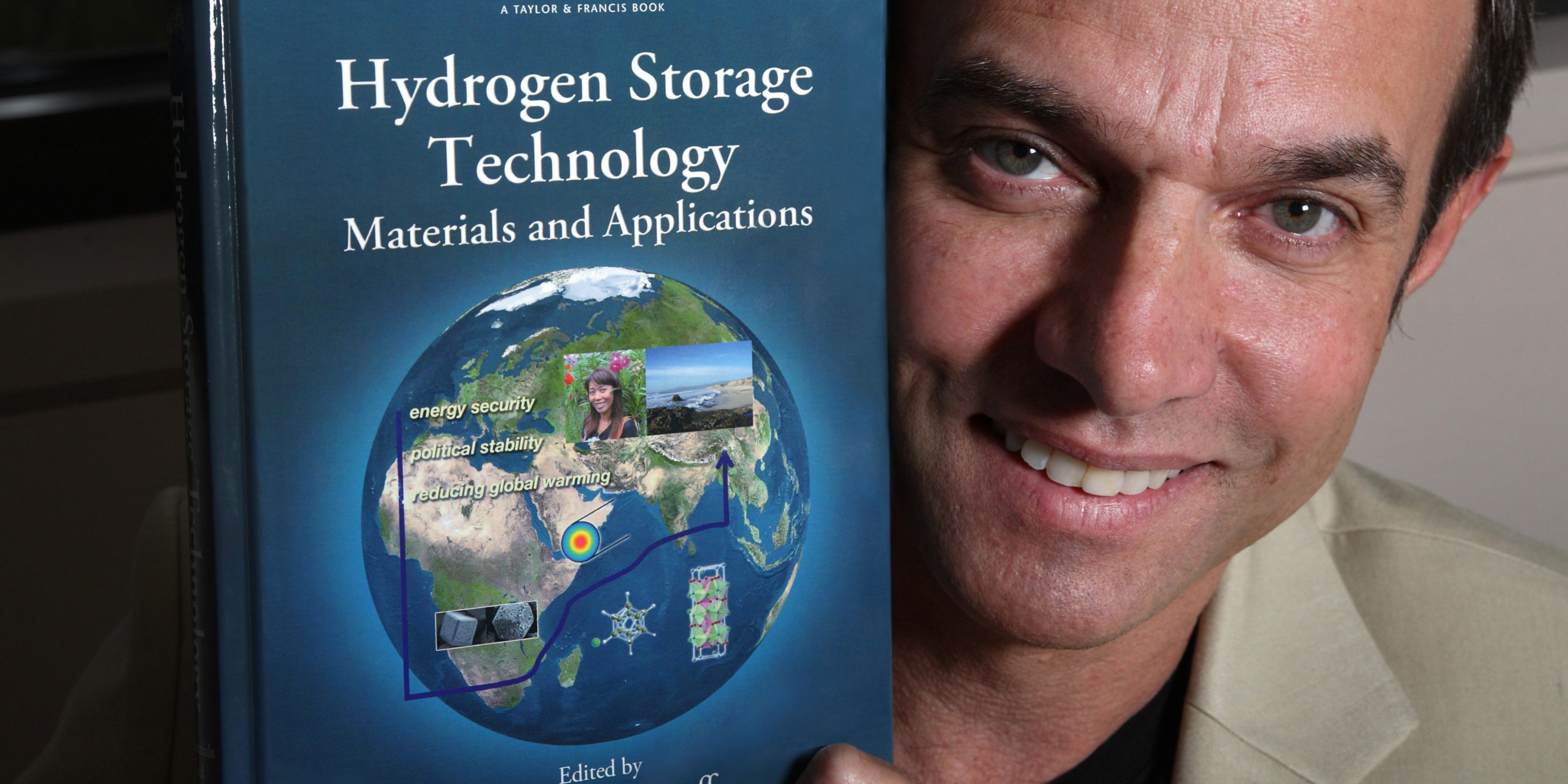 Though Hydrogen Storage Technology – Materials and Applications is perhaps a title only a scientist or engineer could love, Lennie Klebanoff is confident that the book’s content will help give readers a greater sense of urgency about the need to get hydrogen fuel cell vehicles on the road, and other hydrogen-based power equipment into the marketplace.

Lennie, who serves as the book’s editor and was co-author on half of the chapters, knows his topic well. He was director of the now-completed Metal Hydride Center for Excellence (MHCoE), which was one of three Department of Energy (DOE) Centers of Excellence dedicated to solving the problem of storing hydrogen on automobiles. He’s also led a successful effort to develop a fuel cell mobile lighting system, so it didn’t come as a shock when publisher Taylor & Francis called one day and asked if he’d be interested in editing a new book on hydrogen storage.

He agreed, realizing that work on the MHCoE and in the other two Centers of Excellence had resulted in a great deal of technical data that was ready to be compiled and shared with the research community. In addition, Lennie says he feels a personal sense of responsibility to inform both technical readers and laypeople about the urgent need to get zero-emission hydrogen technology into the nation’s vehicle fleet and in other applications currently exacerbating our climate change problems.

“A lot of consumers, political leaders and even some scientists don’t seem to have a visceral understanding of how bad the global climate change problem really is, and that it has been with us for a century. The first chapter in this book tries to change that,” Lennie says. In addition to that hot-button topic, the book also discusses fuel resource insecurity and political energy insecurity as viable reasons for the nation to convert to hydrogen-base vehicle and power technology (Lennie defines “political energy insecurity” as the political difficulties that can emerge when one country’s energy needs are dependent on another country).

Hydrogen Storage Technology also addresses other technical issues, such as codes and standards, pressure vessels, and engineered hydrogen storage systems.  A chapter led by Terry Johnson reviewed the recent GM/Sandia project that developed the first engineered hydrogen storage bed that could satisfy the fuel demands of real automotive drive cycles.  Ironically, Lennie himself – despite the technical theme of the book – says storage isn’t the technical hurdle that some believe it to be.

“We actually make the argument that storage is not a huge barrier,” Lennie says. “All of the major car manufacturers have produced hydrogen vehicles, and they can all run for at least 240 miles, and in some cases more.” He acknowledges, however, that the government and industry target for any consumer vehicle is at least 300 miles, which has created a charge to the research community to develop a storage solution that will get beyond the 240 mile range. “But there is no technical hydrogen storage barrier preventing the roll-out of the first hydrogen-powered vehicles today,” Lennie asserts.

In addition to Lennie’s own background, he drew upon the considerable hydrogen expertise at Sandia/California to complete the book. Daniel Dedrick, Terry Johnson, and Vitalie Stavila each contributed to various book chapters, and now-retired Sandia hydrogen program manager Jay Keller penned or co-wrote a pair of chapters as well. “It was a real team effort and clearly shows the level and breadth of hydrogen knowledge here at Sandia,” Lennie says.

Outside reviews of the book have been excellent. Professor Klaus Yvon from the University of Geneva, an international leader in the hydrogen storage community, has called it “a breath of fresh air in the field of hydrogen storage research. This book is unique in that it combines materials science, physics and engineering aspects on various hydrogen storage methods into a single volume, not forgetting application issues.” Prof. Yvon adds that “it should be treated as compulsory reading for students and researchers in the field.”

Those interested in purchasing Hydrogen Storage Technology – Materials and Applications can do so online directly from the CRC Press website, or at Amazon.com.