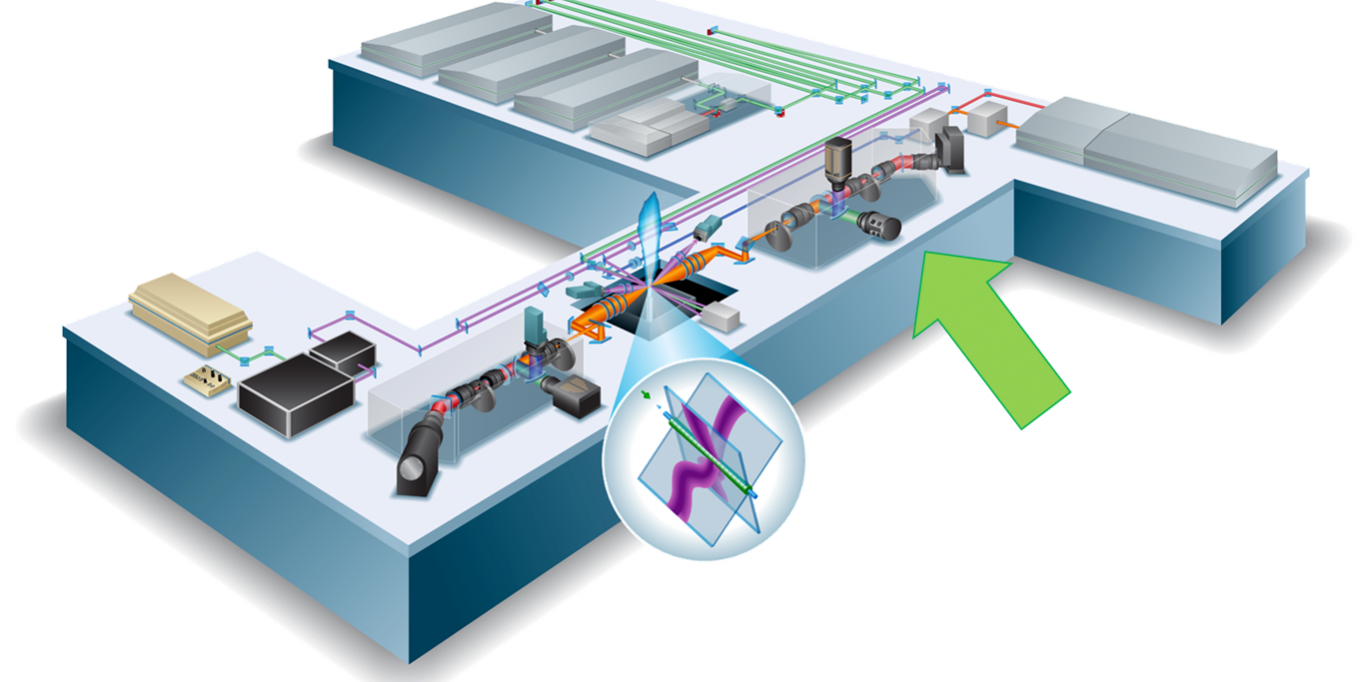 Allowing single-shot measurements of all major species in nonsooting flames of simple fuels, such as H2 and CH4, spontaneous Raman scattering has been a key CRF laser diagnostic technique for fundamental turbulent-combustion studies. However, laser-induced fluorescence from soot precursors tends to interfere significantly with Raman scattering signals—limiting this method’s utility. Such fluorescence is unpolarized, while the Raman-scattered light mainly retains the laser beam’s polarization. Therefore, simultaneously measuring, with good precision, the signal’s orthogonal polarization components can greatly suppress this soot-precursor interference, or eliminate it, by subtraction.

Working with Rob Barlow and Bob Harmon in the Turbulent Combustion Laboratory, Gaetano Magnotti implemented an approach to simultaneously measure the two polarization components. This approach entails adding a second Raman/Rayleigh line-imaging detection system, as shown Figure 1, that is a mirror image of the original, precisely aligned to match magnification. The two Raman detectors have orthogonally oriented linear polarizers, and each system uses a high-speed (21,000 rpm) rotating shutter developed at Sandia by Duane Sunnarborg (retired) and Chris Carlen of the Engine Combustion Department. These shutters provide 3.9 µs (FWHM) gating, and they are locked in frequency and phase with less than 70 ns rms phase error, allowing for good precision in the simultaneous signal measurement. Gaetano recently completed the first demonstration experiments on lightly sooting laminar and turbulent methane jet flames having up to 20 times the level of interference of typical flames measured in the past. (Interference levels vary naturally depending on several flame parameters, including fuel type, residence time, and the degree of partial premixing with air.) Figure 2 shows averaged results from a laminar CH4/air jet flame, including polarized and depolarized spectra, and the difference spectrum. At these flame conditions, the fluorescence interference signal is comparable to the Raman signal within the N2 band and is more than five times the Raman signal in the CO band. The band labeled O2(2) shows a strongly polarized signal from a source yet to be identified, and strategies are being developed to correct for its effect on Raman scattering measurements of oxygen. This new polarized-depolarized detection capability significantly extends the range of flames that can be measured accurately using Raman/Rayleigh methods, particularly for flames of methane or other light hydrocarbons that produce high levels of soot-precursor fluorescence interference. This polarization separation and subtraction approach also eliminates interference from chemiluminescence, which can be an issue for measurements in intense, high-Reynolds-number flames.