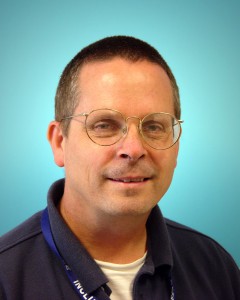 On June 6, Paul Miles became manager of the CRF’s Engine Combustion Department, which focuses on building the science base needed by industry to develop new generations of high-efficiency, clean engines. He took over the helm from departing manager Dennis Siebers, who recently retired from Sandia National Laboratories.

Paul brings a wealth of experience to his new role. He has actively researched flow, mixing, and combustion processes in reciprocating engines since 1992. As a Distinguished Member of the Technical Staff, Paul has been leading the light-duty diesel engine research program at the CRF since 1997.

Further, Paul is a Fellow of the SAE International and has been honored with the SAE Horning, Myers, and McFarland awards. He also serves on the advisory committees of several international conferences and is a past co-chair of the SAE Powertrain, Fuels, and Lubricants activities.

Paul has a track record of multitasking at the international level. In addition to fulfilling his responsibilities at the CRF, Paul is an adjunct professor in the Department of Energy Sciences at Lund University in Sweden and has a guest professor appointment at the School of Advanced Optical Technologies at Friedrich-Alexander University in Erlangen, Germany.

Speaking of his new role, Paul said, “I’m looking forward to helping this group continue to make exceptional contributions to our understanding of engine combustion. The CRF engine group has a world-class staff and it is a privilege to work with them.”