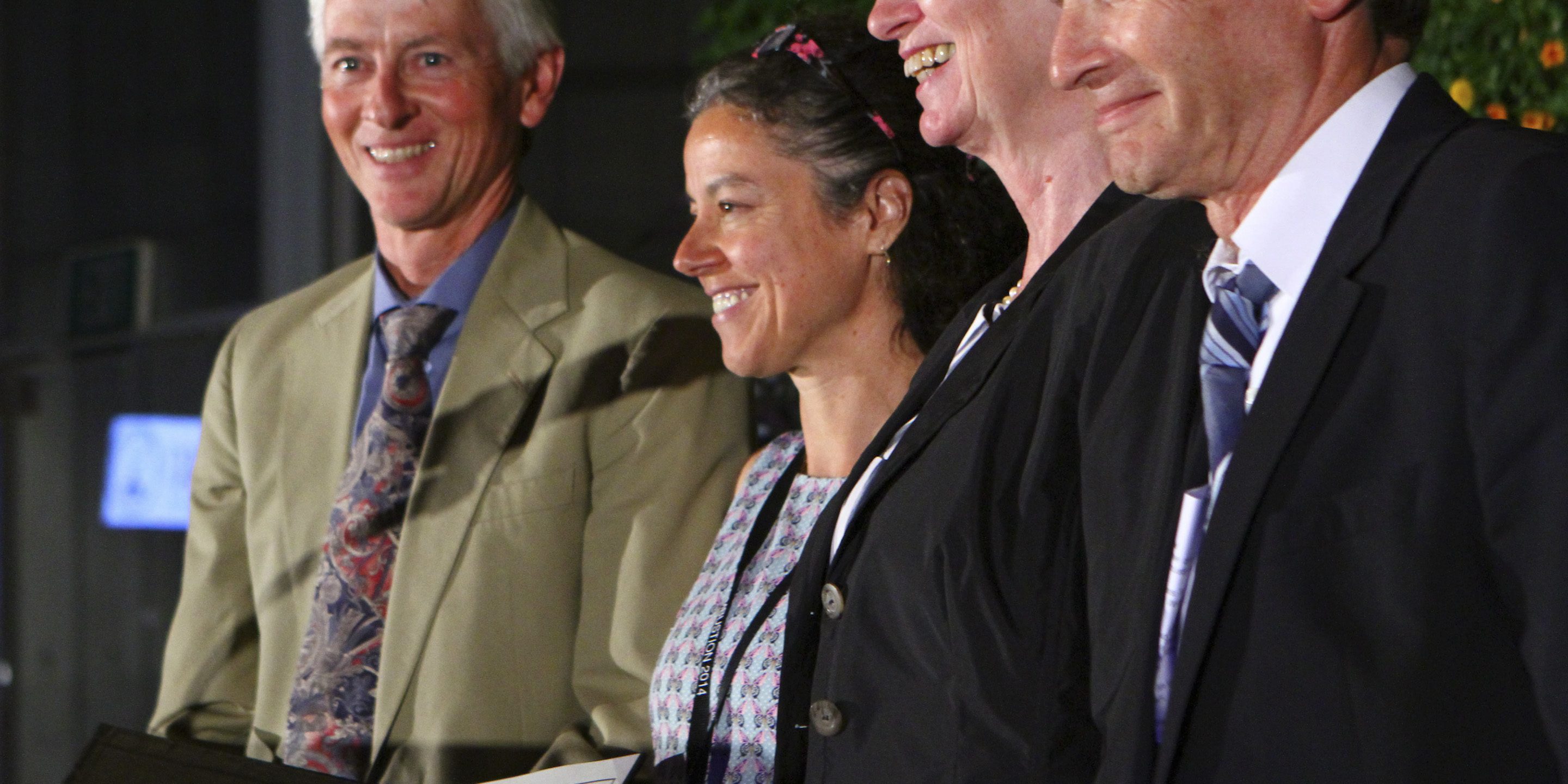 Robert Barlow (left) with former Sandian and current research collaborator Simone Hochgreb of the University of Cambridge, who presented him with the Alfred C. Egerton Gold Medal at the 35th International Symposium on Combustion.

Sandia National Laboratories scientist Robert Barlow was awarded the Alfred C. Egerton Gold Medal at the 35th International Symposium on Combustion in San Francisco on August 6. Given every two years by the Combustion Institute, the award recognizes “distinguished, continuing, and encouraging contributions to the field of combustion.”

Lawrence Harding of Argonne National Laboratory won the Bernard Lewis Gold Medal for “brilliant research in the field of combustion,” and Paul Clavin of Aix-Marseille Université in France won the Ya B. Zeldovich Gold Medal “for outstanding contribution to the theory of the fundamentals of reacting flows.”

Robert was honored for “pioneering contributions to simultaneous laser diagnostics and their application to the understanding of turbulence–chemistry interactions in flames.” He has developed unique experimental capabilities that combine measurements of Raman scattering, Rayleigh scattering, and laser-induced CO fluorescence with crossed planar flame sheet imaging. Taken together, these measurements yield a wealth of information regarding the flame structure—including the temperature, major species, mixture fraction, reaction progress, and the gradients of these quantities—with high precision and spatial resolution.

This work is leading to an improved understanding of the fundamental nature of turbulent combustion, which, in turn, helps provide detailed data sets for developing and evaluating computer models that will eventually be used to design advanced combustion systems for transportation and power generation. Robert is also well-regarded in the combustion community as an advocate for international collaborative research and the main organizer of the Turbulent Nonpremixed Flames workshop series on the measurement and computation of turbulent flames.

“This is a significant honor that is both thrilling and humbling because there are many people who contributed to the body of work that is being acknowledged, and there is a lot more work to be done,” says Robert.

Robert is the second Sandia employee to be awarded a Gold Medal by the Combustion Institute. Jim Miller, now retired, won the Bernard Lewis Gold Medal at the 31st International Symposium on Combustion in Heidelberg, Germany.