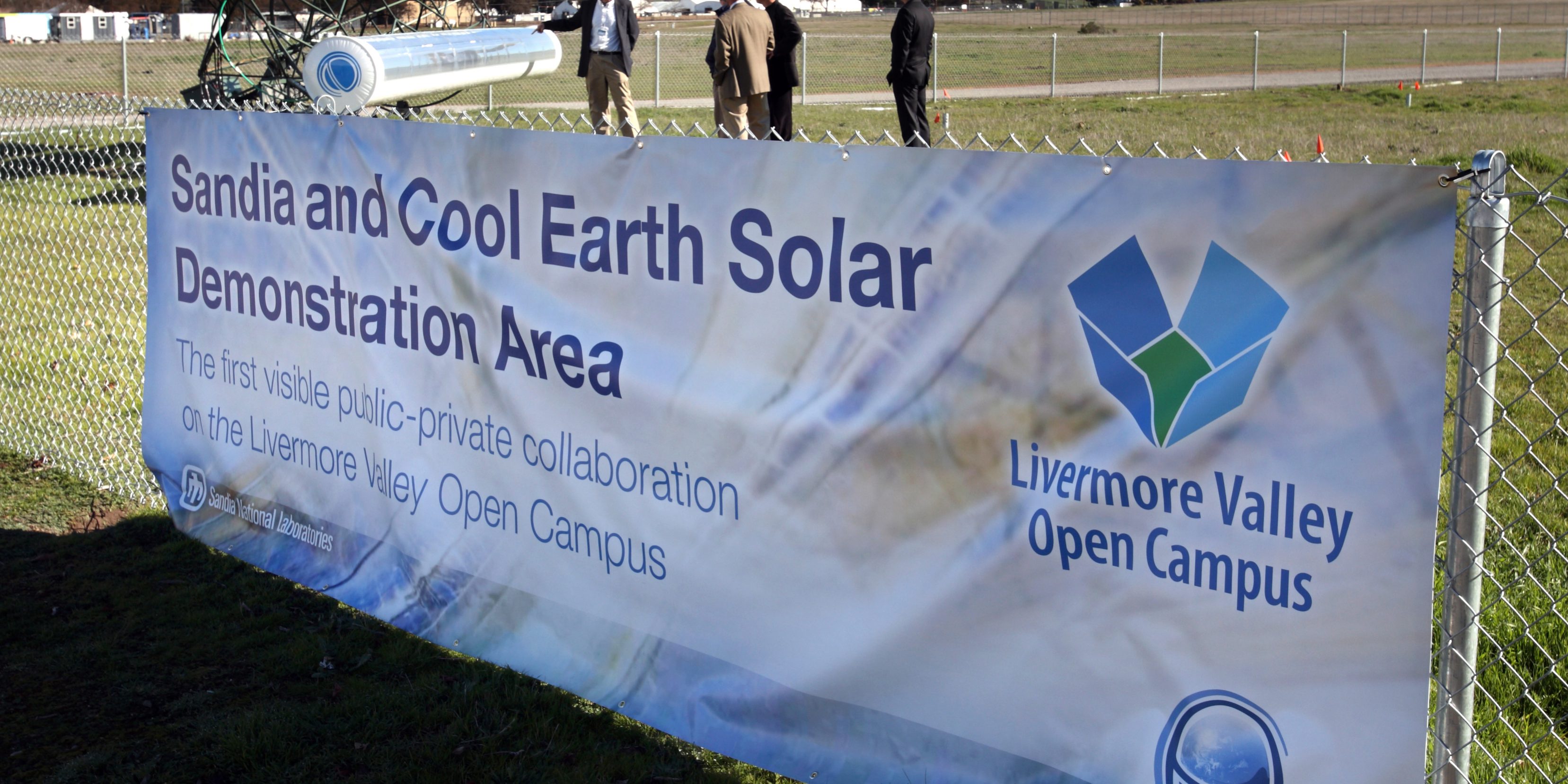 Under the bright California sun on Wednesday, Feb. 20, Sandia and Cool Earth Solar celebrated the announcement of a 5-year Cooperative Research and Development Agreement, the first public-private partnership to take full advantage of the Livermore Valley Open Campus (LVOC).

“Today’s announcement perfectly embodies how the open campus will enable and foster collaboration,” said Division 8000 vice president Steve Rottler. “The DOE SunShot initiative seeks to make solar energy cost-effective and competitive with other forms of energy by the end of the decade. Cool Earth Solar shares with both Sandia and DOE a commitment to making solar energy more affordable and broadly accepted. Their technology offers an innovative pathway to meet that goal.”

As Steve introduced the many dignitaries and elected officials in attendance, one of Cool Earth Solar’s test units in the LVOC Clean Energy Demonstration Field collected energy from the sun and fed it into the site’s power grid. About 100 more units will be added to the field over the next five years and up to 500 kilowatts of solar power could be provided to the site by 2018.

The Sandia/Cool Earth CRADA also provides the opportunity to publicly demonstrate the value of broad-based, multi-site laboratory. “The combination of the accessible environment of the LVOC and local innovative startup ecosystem in California with the deep technical expertise of the New Mexico solar program created a compelling program opportunity to evaluate a promising new solar technology,” says Andy McIlroy (8310). “The CRADA has opened new areas for collaboration between the sites including the potential to hire staff who report to the solar program in New Mexico and reside in California.”