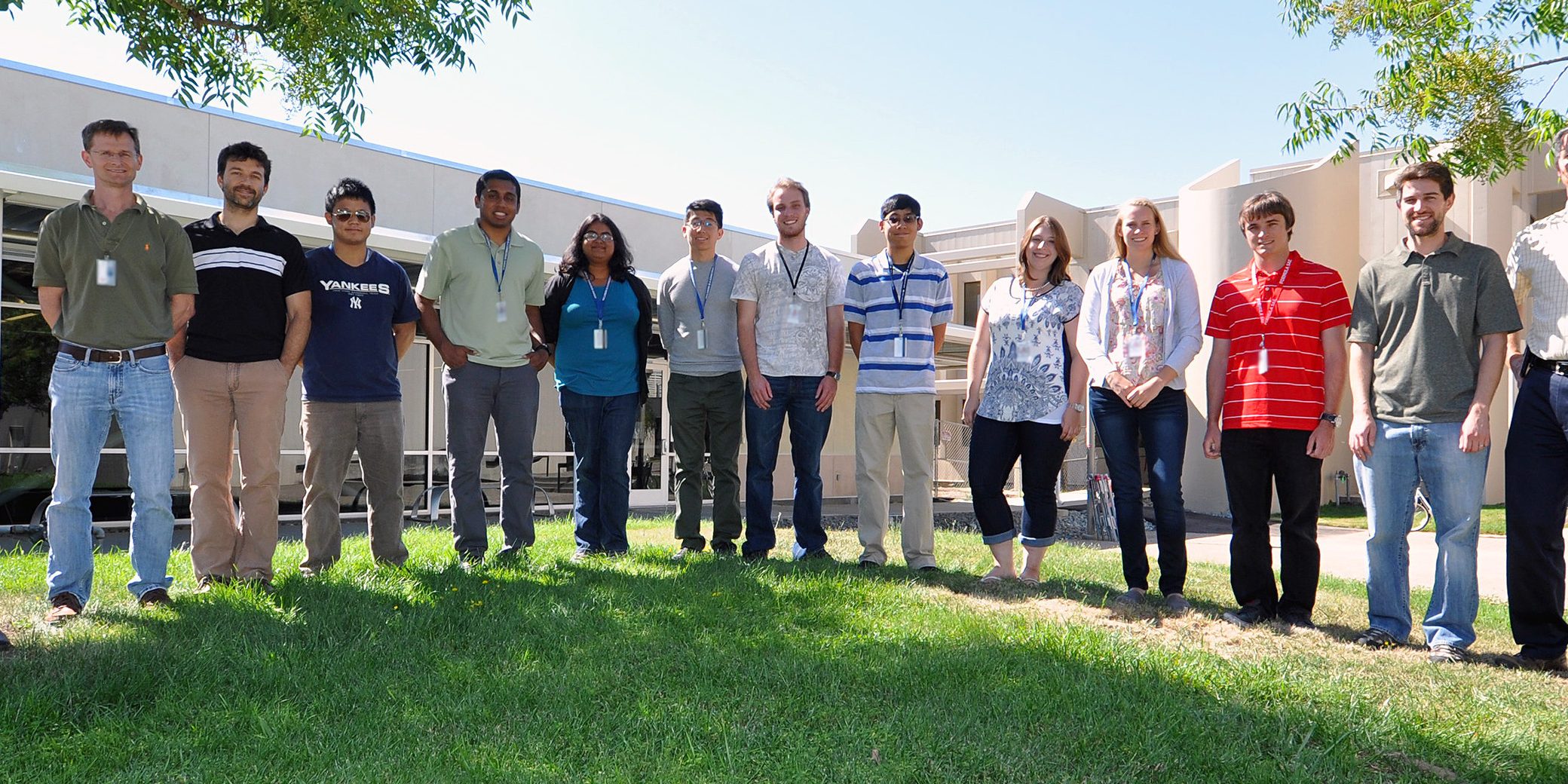 This past summer, the CRF was the research home to 11 students and 2 professors who participated in the DOE Office of Science’s Workforce Development for Teachers and Scientists (WDTS) Program. By allowing students and professors to conduct research internships at national laboratories, this program is helping to develop the next generation of scientists, teachers, and engineers.

The 10 undergraduate students who spent their summer at the CRF hail from as far as Vermont and as close as Livermore. Their work is contributing to efforts to advance clean and efficient fuel and vehicle technologies across the CRF. Samira Iqbal, with mentor Dr. Ethan Hecht, worked with a reactor that is used to characterize the oxy-combustion kinetics of pulverized coal under pressure. Over the summer, Raj Kumar worked on uncertainty in large-eddy simulations with mentor Jeremy Templeton.

The CRF also hosted a WDTS duo from the University of the Pacific— Ph.D. student Kyle Covert and Professor Balint Sztaray, whose work with David Osborn is described in a separate article—as well as Dr. Jennie Guzman, assistant professor of physics at California State University, East Bay. Dr. Guzman collaborated with Lori Culberson and Dave Chandler on new experiments to image high-resolution spectroscopy and photophysics associated with atomic transitions such as Rabi cycling and AC Stark shifting of energy levels.

For their part, students were enthusiastic about their time at Sandia. “I’m really grateful that my mentors have put emphasis on teaching me and ensuring that I have not only a productive learning experience, but also an enjoyable one,” said Brittany Hagler, a student at Union University in Tennessee. She worked with Habib Najm and Kenny Chowdhary on the development of improved statistical methods for calibration of chemical kinetic mechanisms, which are used to model the oxidation of hydrocarbon fuels. Samira Iqbal, a Las Positas College student working under mentor Ethan Hecht, said she loves getting hands-on practice in the lab—in this case, working with a reactor that is used to characterize the oxy-combustion kinetics of pulverized coal under pressure. She added, “It’s great seeing how the work that I’m doing in the CRF can apply to a bigger picture for energy research.”

The students’ enthusiasm is shared by CRF staff. “The CRF is delighted to welcome the WDTS students and professors,” said Senior Manager Dawn Manley. “The program has been instrumental in enriching the research experiences of the students, professors, and our CRF staff. We’re proud to help shape the next generation of teachers and scientists and hope to support this program for many years to come.”