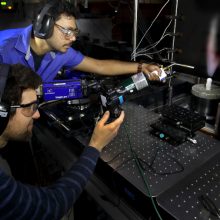 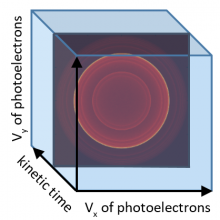 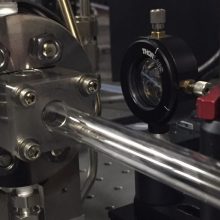 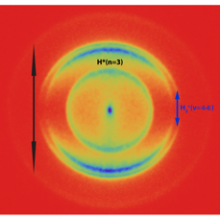 The CRF is the birthplace of experimental techniques, such as ion imaging and femtosecond photoelectron spectroscopy, that revolutionized chemical physics. Today, our researchers work on the frontiers of spectroscopic and analytical methods for advanced engineering and experimental chemical physics. We design sensitive and high-resolution optical and laser spectroscopy methods. CRF staff have been instrumental in developing photoionization mass spectrometry for flame analysis, chemical kinetics, and heterogeneous catalysis research. We are an international leader in imaging turbulence-chemistry interactions with high-speed, four-dimensional (spatial + temporal) tomography of reacting flows.  We develop new nonlinear coherent diagnostics that can image chemical species and temperatures in challenging environments—high temperatures, near surfaces, in plasmas and in high-pressure fuel sprays—and explore new ways to exploit ultrafast high-powered lasers to control and analyze chemical processes.

As a U.S. Department of Energy Office of Science Collaborative Research Facility, we partner with researchers from around the world to provide practical solutions and foundational understanding that benefit our nation and the world.