Adams and Bastress Awards Given to CRF Staff Members 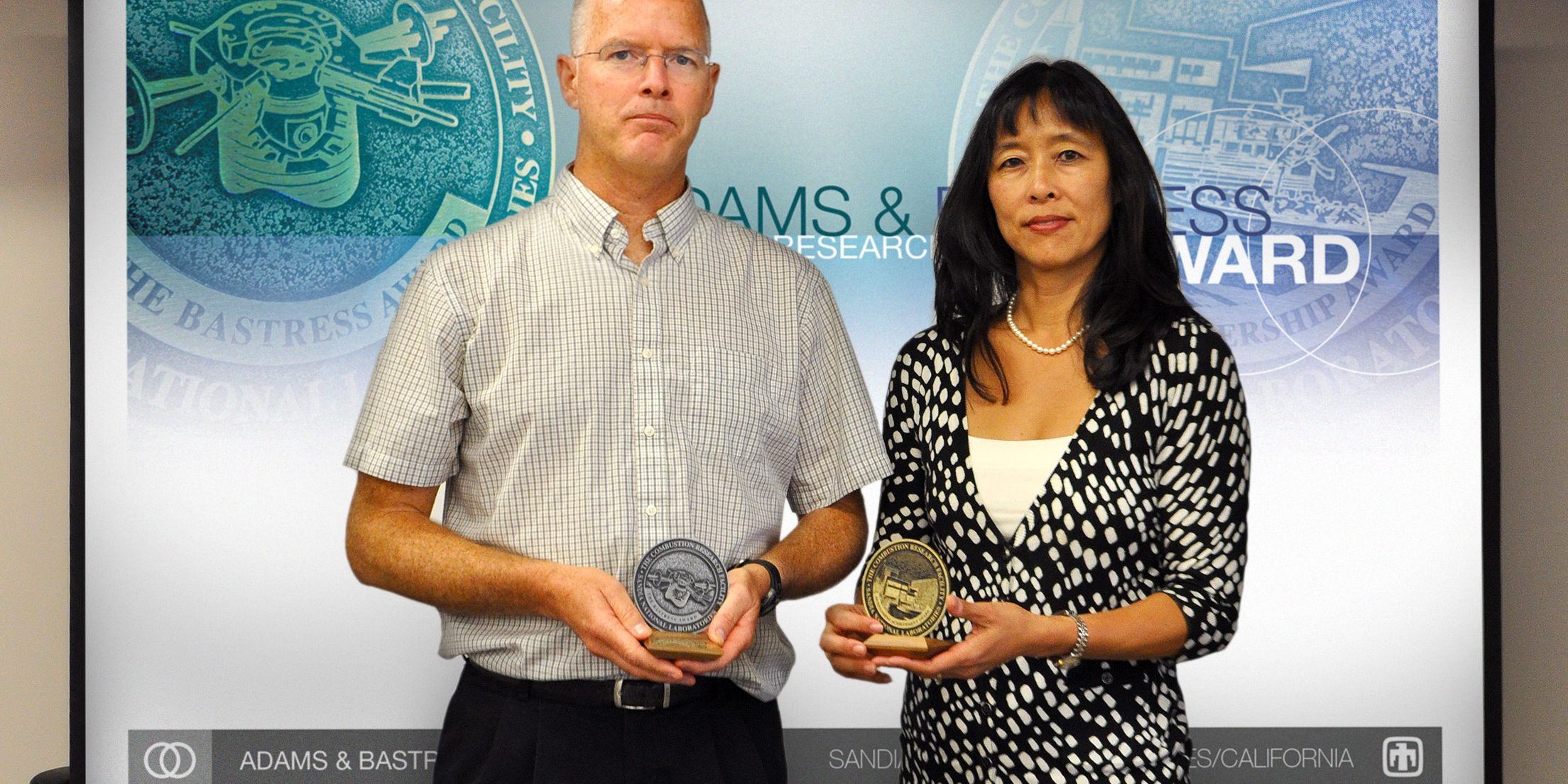 The CRF is proud to announce the winners of the 2012 Adams and Bastress awards. The O.W. Adams Award, named after Bill Adams, DOE’s original CRF sponsor, was established in 1986 and is given each year to Sandians who have made exemplary research contributions to the CRF. The 2012 Adams Award recognizes Jackie Chen for her research in direct numerical simulations (DNS) of turbulence-chemistry interactions in gas-phase combustion. The DNS are the world’s largest numerical simulations and are used to glean physical insights into the intricate fine-scale coupling between chemistry, turbulence and mixing underlying practical engine and gas turbine combustors. More recently, the DNS data have been used by the broader modeling community to evaluate deficiencies in reactive and passive scalar mixing and combustion models in large-eddy simulation and Reynolds averaged Navier Stokes.

The Bastress Award, dedicated to the memory of Dr. Karl E. Bastress, who guided early combustion research activities for DOE, recognizes Sandians whose exceptional contributions have led to a strong and effective coupling of CRF conservation-related programs to the needs of U.S. industry. The 2012 Bastress Award was given to Chris Shaddix in recognition of his  numerous applied research programs with industry. Recent examples include collaborations with Reaction Engineering Inc. to improve predictions of oxy-fuel combustion of coal in full-scale power plants, and with Resource Innovations Inc. to develop a new oxy-fuel combustor for high-efficiency enhanced oil recovery.