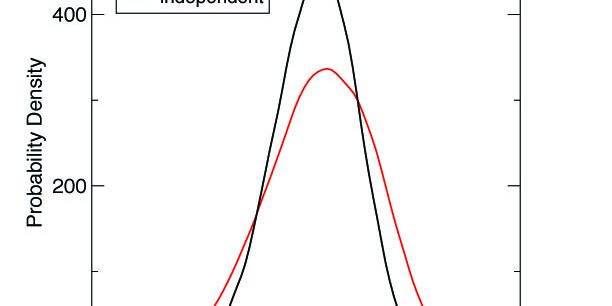 A team of researchers—Jens Prager, formerly at the CRF and presently at the engineering simulation software firm CD-adapco; Habib Najm and Khachik Sargsyan of the CRF; Cosmin Safta of Sandia’s Computer Sciences and Information Systems center; and William Pitz of Lawrence Livermore National Laboratory—have studied the impact of uncertainty of reaction-rate constants in chemical ignition computations1. The study—which examined the role of correlations among rate constants, whether experimentally measured or derived from rate rules—highlights the potential for quantified uncertainty to increase predictive combustion modeling efficiency and accuracy.

Background
A key source of uncertainty in predictive combustion computations is the set of Arrhenius rate parameters, which are part of the chemical mechanism specification for any given fuel-oxidizer mixture. Accordingly, estimating reaction rate constants, with quantified uncertainty, is an important element of reacting-flow modeling.

Some rate constants are estimated from ab initio modeling. However, most are estimated from either experimental measurements or by applying chemical rate rules to experimentally measured reaction rates. More specifically, rate parameters in models of relatively simple hydrocarbon fuels, such as CH4, are generally estimated from experimental measurements. In contrast, chemical mechanisms for complex hydrocarbon molecules are typically dominated by rate parameters derived from rate rules, given the paucity of experimental chemical rate measurements for these molecules. Rate rules provide a means of estimating chemical rate parameters for reactions that have not been measured, using known rate constants of reactions that are judged sufficiently similar. Thus, a detailed chemical kinetic mechanism for n-heptane (C7H16) is composed largely of reactions with rate constants derived from a much smaller subset of measured rate constants. As such, rate rules pose an added complication in uncertainty quantification (UQ) studies.

Project Approach and Findings
To examine this issue, the project team studied the impact of rate rule-induced correlations among uncertain parameters in the homogeneous ignition of a propane/ethane/air mixture. The study considered two rate rules—one for the abstraction of hydrogen from the primary carbon site by OH and another for the same action by HO2—applied to propane and ethane. Thus, each of the two rate rules specifies two reactions, one for propane and another for ethane, with associated uncertainties in their rate constants.

A key study focus was the impact of the interdependence of each pair of rate-rule-derived reaction-rate constants on the resulting predicted ignition-time uncertainty. When this dependence is accounted for, and considering only the pre-exponential rate constants as uncertain parameters, each pair of uncertain reactions is modeled as a single source of uncertainty, resulting in an input uncertain space with two degrees of freedom, one for each rate rule. On the other hand, when this dependence is not accounted for, the input uncertainty is specified with four independent degrees of freedom, one for each reaction. Thus, accounting for rate-rule-induced dependence/correlation results in a lower-dimensional model-input uncertainty representation.

Reducing the UQ problem’s dimensions emerges as an obvious result of accounting for rate-rule-induced correlations. Given that a key challenge for chemical-system UQ is the large number of uncertain parameters, and hence high-dimensionality, this reduction is a significant advantage that, by itself, argues strongly for explicit accounting for these correlations. Figure 1. Probability density function for ignition delay time for the case that accounts for the rate-rule-induced correlation and the case that does not.

These observations demonstrate clearly the utility of properly accounting for rate-rule-induced correlations among chemical mechanism parameters, from both computational efficiency and accuracy perspectives. In particular, given that chemical mechanisms for complex hydrocarbon molecules typically involve thousands of reactions derived from about 50–100 rate rules, the computational efficiency impact alone is of major significance for chemical-system UQ.