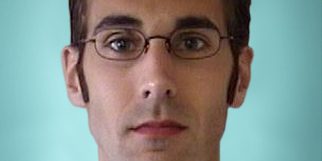 During a several-month visit, Adam Wahab assisted Wayne Staats, Jeff Koplow, Justin Vanness, and Ryan Gorman in developing a new lighting technology that uses a variant of the Sandia Cooler—a highly efficient heat exchanger for microelectronic devices—to cool the LED array. Specifically, Adam created numerical multiphysics models of a rotary transformer for the new technology, and developed, analyzed, and optimized a driver circuit for the LED array and motor. Adam also facilitated various prototyping efforts at the CRF by lending his 3D printing expertise to several projects. Adam was a doctoral student at MIT before coming to the CRF, and is now beginning his career in the Boston area.

Harish Bhat, a professor in the Mathematics Department at UC Merced, came to the CRF to develop novel approaches for integrating stochastic systems. Such systems are used to describe many biological phenomena, such as gene regulation or neural systems. Dr. Bhat conferred with CRF researchers Cosmin Safta, Khachik Sargsyan, Habib Najm, and Bert Debusschere to determine proper ways of representing random quantities in his algorithms and to use more computationally effective approaches. Dr. Bhat is continuing this work at UC Merced and plans to return to the CRF in the future as part of an ongoing collaboration.