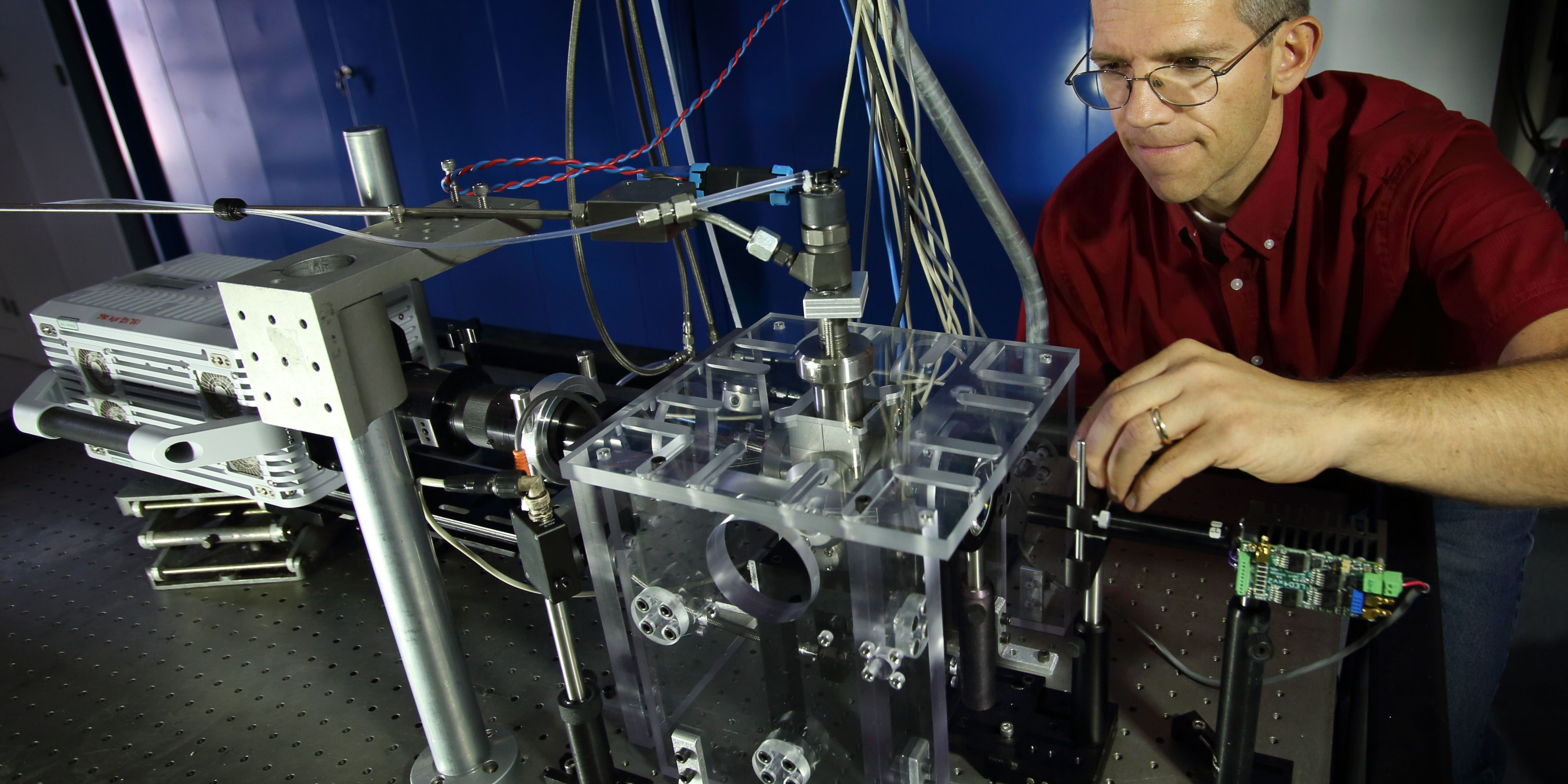 Sandia researcher Lyle Pickett, who serves as Sandia’s lead for the consortium, said predictive spray modeling is critical in the development of advanced engines.

Industry has consequently identified predictive models for fuel sprays as a high research priority supporting the development and optimization of higher-efficiency engines. Sprays affect fuel-air mixing, combustion and emission formation processes in the engine cylinder; understanding and modeling the spray requires detailed knowledge about flow within the fuel injector nozzle as well as the dispersion of liquid outside of the nozzle. However, nozzle flow processes are poorly understood and quantitative data for model development and validation are extremely sparse.

The experiments and detailed simulations of the internal flow, cavitation, flash-boiling and liquid breakup processes are used as validation information for engineering-level modeling that is ultimately used by software vendors and industry for the design and control of fuel injection equipment.

The goals of the research are to reveal the physics that are general to all injectors and to develop predictive spray models that will ultimately be used for combustion design.

“Predictive spray modeling is a critical part of achieving accurate simulations of direct injection engines,” said Kelly Senecal, co-founder of Convergent Science. “As a software vendor specializing in computational fluid dynamics of reactive flows, the knowledge gained from the data produced by the consortium is invaluable to our future code-development efforts.”

Consortium participants meet on a quarterly basis where information is shared and updates are provided.

“The consortium addresses a critical need impacting the design and optimization of direct injection engines,” Pickett said. “The deliverables of the consortium will offer a distinct competitive advantage to both engine companies and software vendors.”